Living in Bordeaux, France, DJ ASH discovers kizomba as a dancer in 2009 and starts spinning
in 2011. His reputation increases gradually to make him now one of the most sought-after
kizomba DJs in France and internationally. He has performed in places like Switzerland,
Germany, Thailand, Spain, Finland, Norway, Bulgaria, Lebanon, Israel, Singapour, Malaysia,
Bali, Dubai, Abu Dhabi, …
A classically-trained cellist in a former life, DJ ASH’s mixes are distinctive by seamlessly
blending all styles of the kizomba universe. He takes pleasure in “telling a story” throughout
his sets, sweeping dancers away in an emotional journey, with the help of his musicality and
exceptional mix fluidity.
DJ ASH has also collaborated with other deejays to create kizomba remixes, including, with
DJ Paparazzi, the worldwide-famous remix of “Mil Pasos” by Soha. 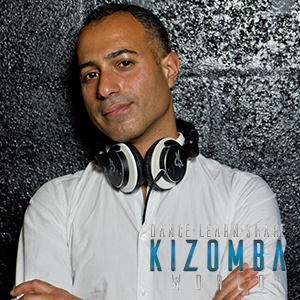